​We hope that you are all doing well.  We are happily meeting with and serving customers – filling orders, showing diamonds and colored stones, creating custom rings and so on.

We would like to extend sincere condolences to any of you who have experienced a loss of a family member or a friend to covid-19.

With the current situation with the virus, it appears that this is a time to take even more protective measures to keep all of us safe. We value our friendships with you. We value you as people. We value our kupuna (elders) customers and we also value our kupuna employees --- which is all of us! Some of us are also at higher risk because of pre-existing conditions.

With all these considerations we at The Diamond Specialists, Inc. have decided to comply with the Safe Access Oahu guidelines. These are the same guidelines we all now must deal with when dining in at a restaurant on Oahu.  We will need to see a photo I.D. along with proof of vaccination or proof of negative results of an FDA approved COVID-19 test executed within 48 hours before our meeting.

In addition, if you travel or attend a large gathering, we ask that you either provide proof of negative results of an FDA approved COVID-19 test executed within 48 hours before our meeting or schedule your appointment with us at least 10 days after the day of your gathering or your last day of travel.

We appreciate your understanding and cooperation. We need to take care of and protect everyone in our ohana and our community.

Life is good.  Live fully.  Love as much as you possibly can. 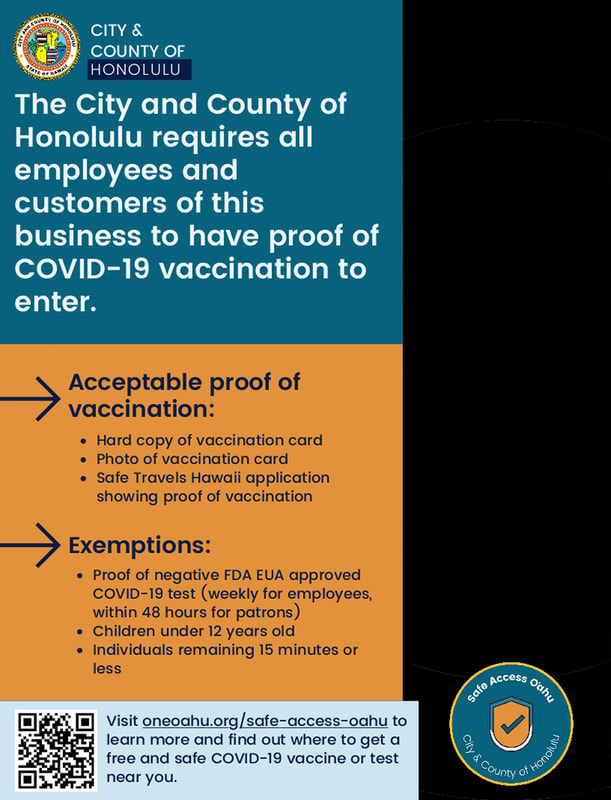 DON'T BE FOOLED as you shop for a diamond.  Many companies will try to sell you diamonds that come with highly over-graded "lab reports" or "appraisals" that can be 2-4 color grades and 2-4 clarity grades higher than the diamond really is.  Buyers of these stone may think they are making a great purchase they actually pay WAY too much for the stone.  Buyers should avoid diamonds with certs from  European Gem Lab (EGL) Platinum, EGL International, EGL Israel, EGL Belgium, EGL South Africa, EGL Turkey, EGL India, EGL France, EGL U.K., EGL S. Korea, EGL Hong Kong and EGL Czech Republic.